Faculty of Wood Sciences and Technology

Faculty of Ecology and Environmental Sciences 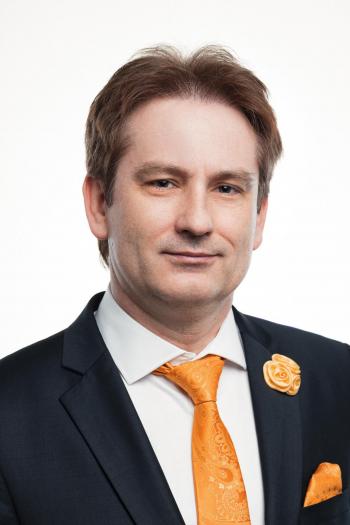 Prof. Ing. Marek Fabrika, PhD, was born on 6th February 1971 in Košice. He studied at the Secondary Forestry School in Prešov which he finished in 1989. Then he entered the University of Forestry and Wood Sciences and Technology in Zvolen, the Faculty of Forestry, which he finished in the year 1994 with the final thesis focused on the field of forest management. After graduating from the Technical University in Zvolen (new name of the University of Forestry and Wood Sciences and Technology since 1992), he started the full-time PhD study. In 1997, he changed for the part-time PhD study as an assistant professor at the Department of Forest Management and Surveying. During his PhD study supervised by Prof. Ing. Štefan Šmelko, DrSc, he dedicated himself to creating the forest information system within which he has worked out updating the forest conditions based on growth multi-applicators together with the developing of complex software solution. PhD study in the field of Forest Management he successfully finished in the year 1999.

On his return to the Technical University in Zvolen, to the Department of Forest Management and Surveying, as an assistant professor he specialized in teaching subjects of Biometry, Forest Mensuration,  Geographic Information Systems, Forest Inventory and Monitoring and also he set up teaching new subjects such as Informatics and Automated Information System in Forest Management. Together with Dr habil. Ján Ďurský, CSc, he has won the research project within the EU´s 5th Framework Programme under the name of “Implementing Tree Models as Forest Management Tools“ which closely followed the cooperation with Prof. Hans Pretzsch. The aim of the Slovak part of the project was to design a set of algorithms as a future foundation of the growth simulator for the Slovak conditions.

In the years 2004 – 2005 (1 year), he gained the prestigious Alexander von Humboldt  Foundation scholarship. At that time he acted at the  Georgia Augusta University of Gottingen in the team of Prof. Branislav Sloboda. There he worked on the development of the simulator of forest biodynamics called SIBYLA and wrote his habilitation thesis. Besides the complete habilitation thesis, he finished his first complex software solution to the Slovak growth simulation that has been used  with the modest adjustments and complements up to the present day. After returning to the post of the assistant professor to the Department of Forest Management and Surveying, he set up the new subject Forest Modelling. In the year 2007, he defended his habilitation thesis “SIBYLA Simulator of Forest Biodynamics, conception, construction and program solution“ at the Czech  University of Life Sciences in Prague in the branch of Forest Management and was conferred the degree of Associate Professor. In the same year, he won the Werner von Siemens Excellence Award 2007 for the best research work in Slovakia which was connected with the development of SIBYLA growth simulator. In the year 2010, he became the head of the Department of Forest Management and Surveying, in 2019 renamed as the Department of Forest Resources Planning and Informatics. In the same year, he was inaugurated as professor in the field of Forest Management by the president of the Slovak Republic. In the post of the head of the Department of Forest Resources Planning and Informatics he has been until 2020 when he was appointed as the dean of the Faculty of Forestry.

During his research work, Prof. Ing. Marek Fabrika, PhD, focuses especially on the field of modelling the forest growth and forestry informatics. He is a founder of the new branch of study Forest Modelling in Slovakia and in V4 countries. Together with Professor Hans Pretzsch, he has written a wide-ranging textbook “Forest Ecosystem Analysis and Modelling“ which was published not only in the Slovak language but also in English. Is used in V4 countries and also in Germany as one of the basic textbooks in this field.

Prof. Ing. Marek Fabrika, PhD, is an internationally known expert in the field of forest modelling and acts as a member of the Ertragskunde group within the association of German research institutes. He speaks in fluent English. He was a responsible solver of the APVV, VEGA, and KEGA projects as well as the project of the EU´s 5th Framework Programme. Also he was an institutional representative of some COST events. He is a member of three branch committees for educating  PhD students and a member of editorial boards in two international scientific journals.

Prof. Ing. Marek Fabrika, PhD, is the author of about 95 publications, apart from other things, also several chapters published in Springer publishing.  He is the author of 22 CC publications (his maximum IF is 19,304 in the journal Nature Climate Change). He registers more than 400 citations in the WOS and SCOPUS databases with h-index 8.